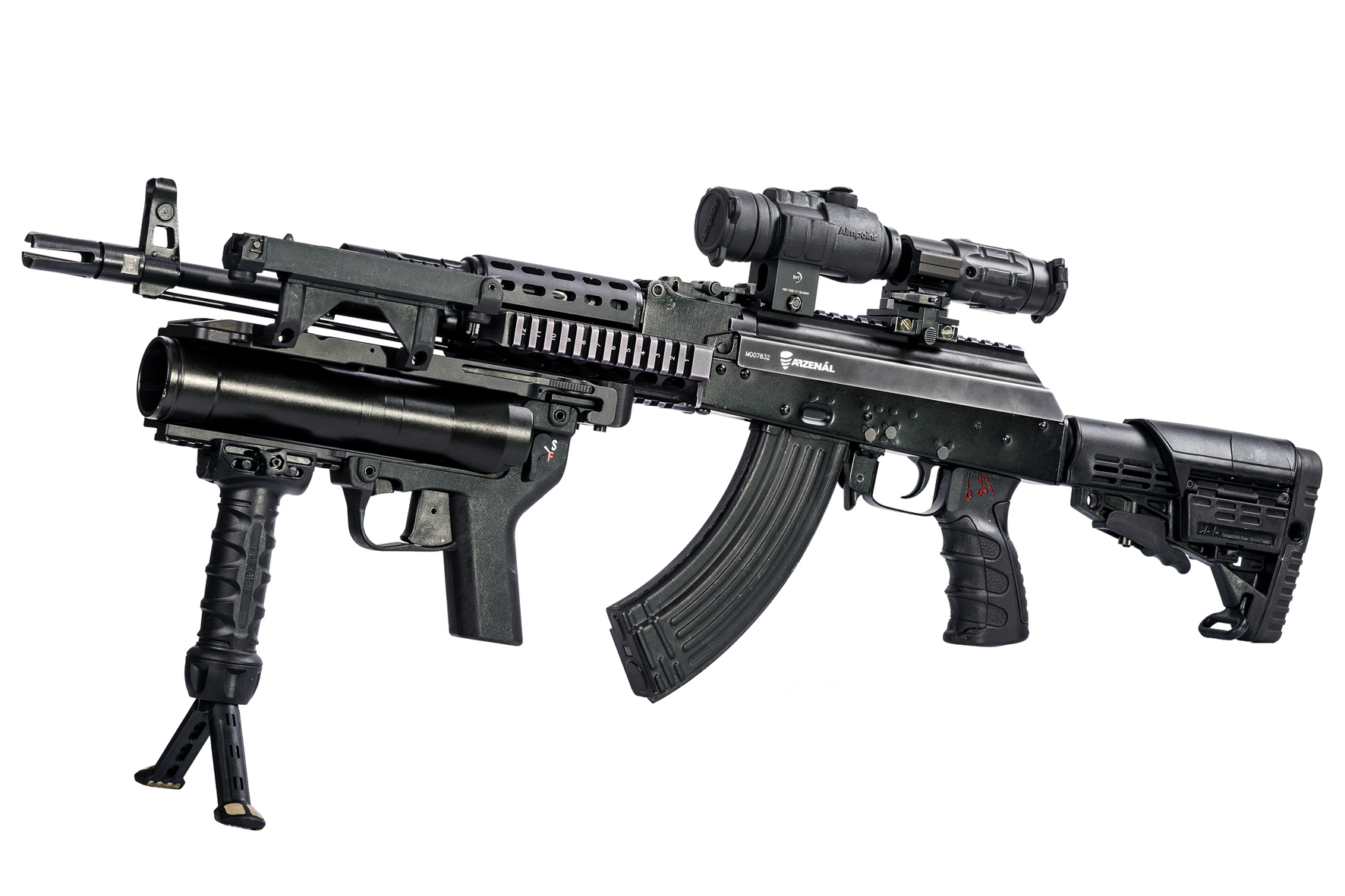 MoD ARZENÁL Ltd. is dealing with the modernization of AK-63F assault rifle since the beginning of 2013.

During the development we replaced the original case cover for a new, self-made case cover, which contains the NATO STANAG 4694 compatible rail used by NATO. The wooden back grip was changed to CAA UPG-47 type plastic pistol grip, the wooden stock to a CAA CBS & ACP plastic adjustable stock and the wooden first grip was replaced by a unit with three NATO STANAG 4694 compatible rails and a first rail cover. The design of the modernized assault rifle provides the mounting of modern targeting devices and other accessories, thus it creates the possibility of prompt and accurate firing during day- and nighttime, under extreme climatic conditions.

As a result of the modernization the weapon became slightly heavier, however it has improved operational applicability compared to the original assault rifle.